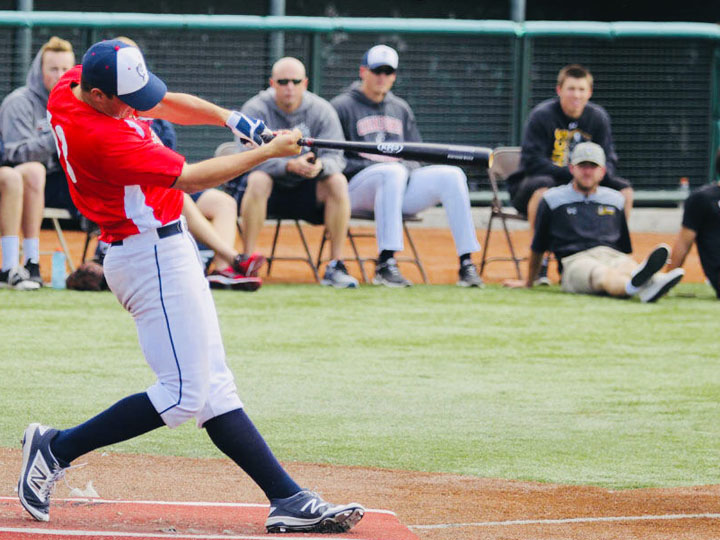 Chugiak-Eagle River: “Place of Many Places”

The community hosting Athletes in Action’s Alaska baseball team, the Chugiak-Eagle River Chinooks, has a rich heritage.  Nestled at the foot of the Chugach mountain range, the community stretches between two rivers, Eagle and Eklutna, whose glacial waters flow into the Knik Arm of Cook Inlet.  Its self-reliant families are closely knit. They are fiercely proud of their hometown.

First peopled many centuries ago by Athabascan Indians, the area had few outside visitors until survey parties of the United States Army came to map the vast land acquired from Russia in 1867. The Gold Rush of 1898 focused attention on the area, but not as a place where the yellow metal could be found. Instead, its value was seen as a transportation corridor between the mineral-rich creeks of northwest Alaska and the open-water port at Seward. The grueling route used by mushers supplying the miners is now popularized as the Iditarod Trail Sled Dog Race course.

Population in Southcentral Alaska mushroomed during the buildup to World War II. The territory’s military significance was shown both by the invasion of the Aleutians by enemy forces and recognition of its strategic polar route location.  Alaskans, including many veterans, assigned to Fort Richardson looked north as a place to settle. Home sites were obtained and a settlement was established.

In 1947, the handful of residents met to form a community club. They chose the name Chugiak, which they had been told means “place of many places.” Filled with civic pride, they formed a volunteer fire department and created a primitive telephone system consisting of wire strung through the trees to link surplus Army field telephones. They insisted that the Territory of Alaska build an elementary school to educate their children and later saw the opening of Chugiak High School, the product of citizen activists.

While these civic endeavors were taking place, the recreational needs of local children were not ignored. Basketball was played in school gymnasiums. In the summer, attention turned to America’s favorite pastime. Parents introduced their sons to baseball and persuaded the Katmai Little League in Mountain View to accept one team from Chugiak and a second from the faster-growing Eagle River neighborhood. By 1964 there were more local youngsters wanting to play ball than the league could handle. Knik Little League was formed, fielding four teams. A short time later a Babe Ruth program for players age 13 through 15 was established and three years later those age 16 through 18 were introduced to American Legion Baseball. The baseball program was later incorporated as a high school sport, allowing players to earn varsity letters and hone their skills in preparation for collegiate play.

Local fans were eager for a higher level of play and looked at forming a team to be part of the Alaska Baseball League. In those years, however, there was no suitable field and business interests were not yet strong enough to support the growing number of youth teams in a wide variety of sports.

All that changed in the first decade of the Twenty-first Century. Through innovative thinking on the part of the Chugiak-Eagle River Parks and Recreation Board of Supervisors and its staff, a baseball complex was built at Loretta French Park in Chugiak. When it was learned that the AIA Fire ABL team might be enticed to move to Chugiak-Eagle River, an exhibition game with the Anchorage Glacier Pilots was arranged, played during the 2011 Bearpaw Festival. Reaction was good and the move was effected. Opening day for the Chugiak-Eagle River Chinooks is June 12, 2012.